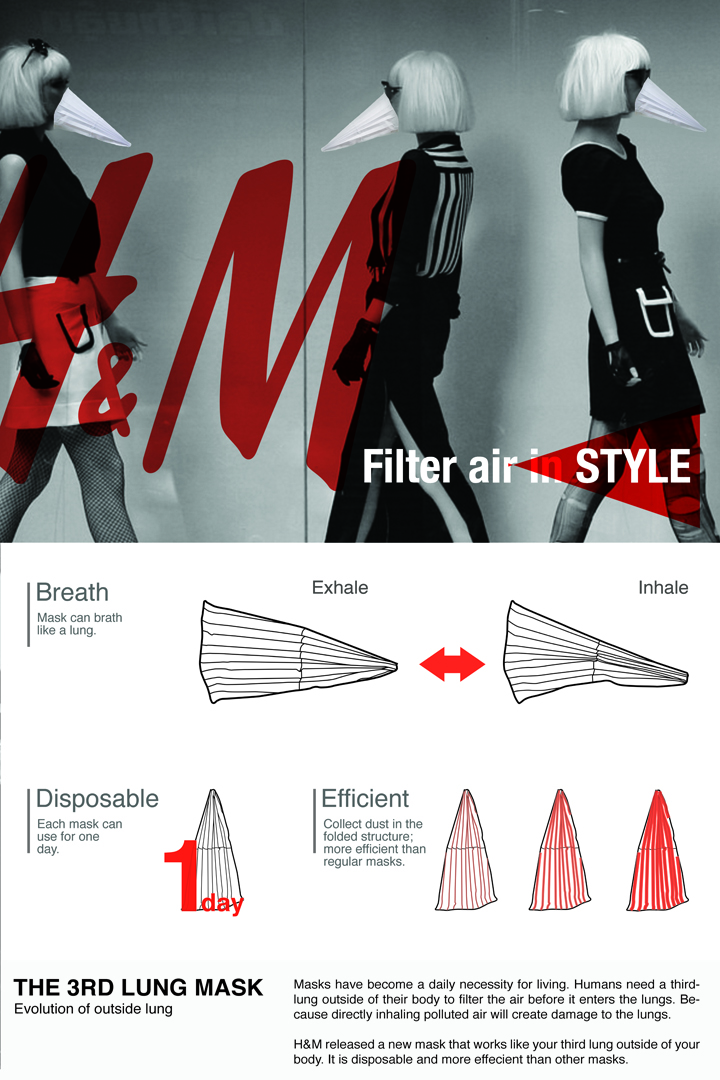 Inspired by Scuba diving devices, I designed a set of three objects which will serve human to live better in an air polluted environment, such as China.Nevertheless, the weirdness of the object behaviors will trigger the awareness that human should breath fresh air freely and healthily.

1. THE 3RD LUNG MASK-Evolution of outside lung

Masks have become a daily necessity for living. Humans need a third lungoutside of their body to filter the air before it enters the lungs. Because directly inhaling polluted air will create damage to the lungs.

H&M released a new mask that works like your third lung outside of your body. It will inflate while exhaling and deflate while inhaling. It is disposable and more efficient than other masks due to the foldable wavy structure.

The polluted air injured people’s lungs and degraded their ability to breathe. It became a social problem.

Nike released a personal lung trainer that people can wear while working out in order to strengthen their lungs. The health conscious started a campaign of “Be aware, Be responsible.

People get depressed living in the polluted air environment. So they inhale oxygen cigarettes to relieve depression and improve mental health. Some people get addicted to it. Eventually oxygen cigarettes become a luxury item which not everyone can afford.